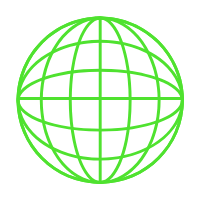 3 Things To Ask When Subscribing To Cable Television

Have you tried cutting the cord and realized that it is not working out for you? If so, you're likely interested in having cable television hooked up in your home again. Here are a few things that you want to ask when you sign up for new service.

What Are The Differences In Packages?

The very first thing that you'll want to do is find out what packages are available to you. This is because you may find that the basic package is not enough, and the higher packages have channels that you don't need. The best way to narrow down your package is to actually make a list of all the channels you want and need and to see which packages those channels fall into. This can help you narrow down what you actually need to get the shows you want rather than making a selection based on the number of channels.

What Equipment Is Needed?

Having equipment to descramble the digital signal is essential these days, but there are a variety of different cable boxes to pick from now, which makes the selection process a bit more complicated. Start by asking yourself if you want DVR functionality, which is the ability to record shows and watch them back at a later time, or pause and skip through commercials when watching live television. These DVR cable boxes typically cost more per month than a standard box, but it can be well worth it to not have to tune in at specific times.

The other question to ask yourself is if you need 4K content. That's because 4K content is becoming more popular these days, and it is likely that your cable provider offers it. While many channels may still be in 1080p HD, it is common for PPV and on-demand content to be offered in 4K. The cable box may even have your favorite streaming service integrated into it, which will need a 4K receiver to output the signal at the highest resolution.

One reason you may be looking to switch back to cable television is that you miss the foreign language content that is offered. It is then worth asking about what foreign language channels are included in each package and if you need to subscribe to a special package to get those channels. It is better to ask early on than to be surprised when you start looking for a specific channel after the installation.